For friends and alumni of The State University of New Jersey.

Rutgers Magazine—which celebrates the research, teaching, and service mission of Rutgers as well as the achievements of its alumni—is published twice a year, in January and June, by the Department of University Communications and Marketing and the Rutgers University Alumni Association at Rutgers, The State University of New Jersey.

It is distributed to alumni and friends of the university as well as to Rutgers board members, administrators, faculty, and staff. 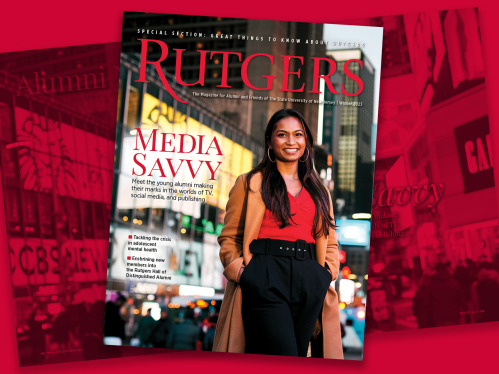